15 Most Popular Tourist Places & Attractions in and Around Ahmedabad

Ahmedabad was founded by Sultan Ahmad Shah around 1411 AD. Ahmedabad is in Gujarat and has now became one of the most popular tourist attraction spots. The culture and dance form of Ahmedabad is the major attractions among the people. This beautiful city is a delight of historical places accompanying its surprising history associated with each place. The city is a combination of both traditional and modern culture with the vast Diversity of religion, places, and ethnic communities. This city is the largest city in Gujarat and before 1970 the city was known as the capital of Gujarat. In spite of that this the, aura the city carries is commendable and impressive. You can explore booking best hotels in Ahmedabad by available Goibibo Offers starting from budget rates to luxury villas. 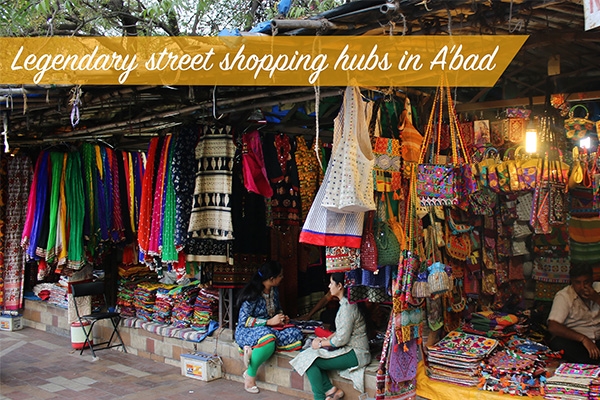 Now, talking about various attraction that are most love by the tourists from all over the world. Here in this article we will tell you about some of the best attractions for which the tourists specially visit Ahmedabad.

– Jama Masjid – This was being build by Sultan Ahmad Shah in 1423 and is also known as Jumma Masjid. It is one of the finest architectural heritage in the city. This place is full of Muslim devotees during the Friday prayers in the mosque. The mosque is being constructed by the pieces of yellow sandstone wrecked from Jain and Hindu temples. The mosque is standing on 260 pillars that are carved with beautiful carvings and the interior of the mosque shines by the natural light from outside by getting reflected on the latticework screens.

– Sabarmati Ashram – This ashram was the second home of Mahatma Gandhi. Sabarmati is the colony of ashrams made up of tiled floors and ceilings. The place is so famous because it is believed that it is one of those place from where Gandhi ji or chested his life’s final independence struggle. You can also visit to Hridya Ashram, which was the cottage of Mahatma Gandhi. You will be surprised to see that this ashram is so very well maintained by the authorities. One can witness the belongings of Mahatma Gandhi in his room such as eye glasses, letters, wooden slippers and books.

– Sarkhej Roja – It is a mesmerising complex near Vishal Complex consisting of pavilions and tombs. The complex is surrounded by an artificial lake which was made for the rulers of the Gujrat. You can very prominently witness the brass latticework and fine carvings on the tombs and walls.

– Teen Darwaza – It is the entrance to the Maidan Shahi or Royal Square, it is the place where once in an era polo games and royal proceedings were being carried on. In today’s time, this place is full of lighting in the tricolour and you will find a lot of shops around the place from where people purchase items in the form of a memory of the beautiful place. During the night the place looks so beautiful, full of lighting. Must ensure to keep cab for full day where you can choose intercity taxi and apply available Ola Offers Online for best rates in Ahmedabad.

– Kankaria Lake – It is located in the southernmost part of the city and is one of the largest lake in city. The lake has became a popular picnic spot among the families as the river front area of the lake is developed by the authorities into zoo, kid’s city, toy train, water rides, tethered balloon rides, food stalls, water park and is source of many more entertainment. In the last week of December a festival is celebrated in this front which lasts for about 1 week and is loved by both children and adults.

– Nalsarovar Bird Sanctuary – Nalsarovar Bird Sanctuary is about 60 km away from Ahmedabad and is one of the largest sanctuary in India. The surroundings and the dense forests are attractions for 250 species of birds such as flamingo, cranes, geese, pelicans, cormorants, storks, ibis, spoonbills and many more. It is home to many migratory birds during winters. If you have ever heard about Sarus Crane who dances by bowing its head down and outstretching his wings the view to watch this crane dancing is so captivating and it can only be seen in this bird sanctuary. It is the best place for nature lovers.

– Akshardham temple – If you are a religious person and love to visit places like temples, mosques or gurudawaras then you must visit this famous temple. The temple is build in the memory of Swaminarayan and the temple sets an example for perfect architecture and various styles. According to a study it has been found that the temple is visited by about 2 million devotees each year.

What is the best time to visit Ahmedabad?

The best time to visit Ahmedabad is during winters as the climate during this period is not very cold nor too hot. Checking out various open sight or open roof restaurants or side stalls is a totally a different experience at time of winters.

15 Most Popular Tourist Places & Attractions in and Around Ahmedabad was last modified: Marzo 10th, 2019 by Pamela Soluri