New York really knows how to throw a party, and when it comes to the festive season they really pull out all the stops. In particular, New Year’s Eve in New York City conjures up some timeless and memorable images. Fireworks over the Brooklyn Bridge or behind the Rockefeller Center, crowds of party goers packed into a brightly lit Times Square, or the most famous image of them all, the time ball drop on the roof of One Times Square. 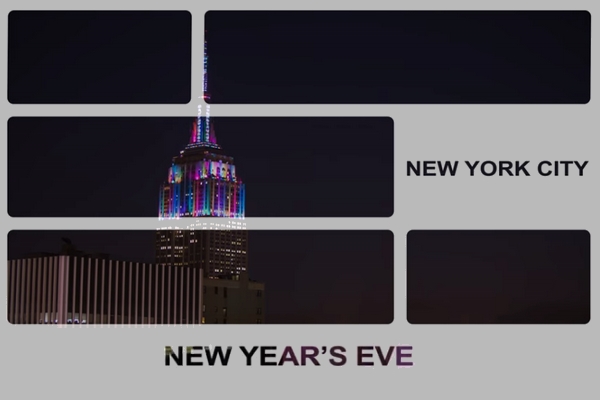 Almost everyone is aware of the Times Square festivities, but the main party is really just a drop in the ocean. Away from the crowds the city has loads more to offer than just to follow the herd, and celebrating the new year away from the ball drop can be a rich, rewarding and exciting experience for any visitor to the Big Apple.

Read on for a few alternative ideas for anyone looking for a different experience this New Year’s Eve in New York City.

New York Harbour puts on a pretty good firework display, launched from the water close to Liberty Island. The show can be seen from Brooklyn, New Jersey, and the south of Manhattan. You could also ring in the new year on a cruise leaving New York, either just for dinner or heading off to a sun-drenched destination like the Caribbean or the Bahamas.

If you are looking for a cheap alternative to the mainstream festivities, a walk across the Brooklyn Bridge could be just the thing. This is an atmospheric, romantic spot, with a stunning view of the spectacular fireworks displays from across the city’s neighborhoods.

For those looking to really get the party started and to celebrate the end of the year in style, New York has a huge variety of clubs, bars and parties for all tastes and styles. One of our favorites is Shake, Rattle and Roll Duelling Pianos at the New Year’s Rockin’ Eve in the Cellar under Gran Morsi. Two pianists go head-to-head with all of your favourites in this raucous sing-along, dance-along party…with an open bar!

One of the best fireworks displays in the city, and undoubtedly the best setting, the Central Park fireworks launched from the Heckscher Ballfields are a true NYC tradition. For a more intimate setting head to Brooklyn for the Prospect Park display.

For the more active among you, the Midnight Run organised by the New York Road Runners could be just the thing. A four-mile race kicking off on the stroke of midnight, this is an amazing way to run straight into the new year.

Get Out Of The City

Of course, not everyone wants to celebrate in the city. For something a little less urban, hit the road north and head to Niagara Falls, New York. The town throws a mean party, and the Falls themselves are spectacularly lit up with a light show and a superb fireworks display. What better way to cheer the new year than at one of the natural Wonders of the World!