The Top 5 Things To Do In Paris

Paris, as the whole world knows, is a city for lovers. The capital of France is popular with newlyweds, newly-matched couples, and just about everybody who’s looking for love. That doesn’t mean that it doesn’t have anything to offer to you if you’re single, though. Nor does it mean that you can’t or shouldn’t head to Paris with a group of friends on vacation. As one of the world’s greatest modern cities, Paris has something for everybody. It’s one of those places that you simply have to see while you’re still young enough to enjoy it properly, and we’d recommend it to anybody. 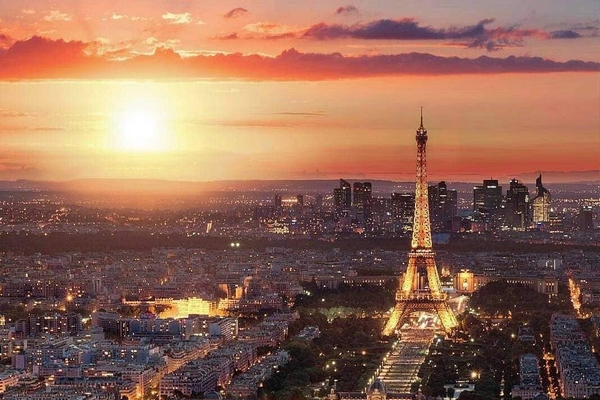 We know that making a recommendation without further information isn’t particularly helpful. Just going to Paris won’t achieve anything – you have to bask in the city while you’re there and see it at your best. In order to do that, you’re going to have to find out what’s worth your attention and what isn’t! There’s so much going in in this legendary city that you’ll never fit it all into a single trip, so you’re going to have to prioritize. Prioritizing means knowing your options, so let’s break them down for you. If you’re planning on visiting Paris either now or in the future, here are five things that we think you should find time and space to fit in as part of your trip.

This monument is one of the best-known structures in all of France – and perhaps all of Europe – but is also perhaps one of the least understood. Most people understand it as a memorial to the French Revolution and those who died in it, but it also commemorates those who died during the Napoleonic Wars, as well as those who died in other conflicts across France and also across wider Europe. It’s also more than a simple war memorial – to the French, it’s a symbol of their national identity. Events like the Fall of Alexandria and the Battle of Austerlitz are recorded in reliefs and carvings on the sides of the giant archway, which is free to visit. Considering the fact that it won’t cost you a dime and it’s positioned right in the middle of the Axe Historique line of monuments, there’s no excuse not to pay it your respects!

We’ll give you a pass on this suggestion if you’re terrified by the idea of being confronted by your own mortality. If you’re not, though, you have no excuse not to visit the most memorable and macabre burial space in the world. Even though they look like a work of modern art, the Parisian catacombs were supposed to be an underground graveyard, born out of necessity. Paris was running out of places to bury the dead toward the end of the 18th century, so they opened up an ancient series of medieval mines for extra storage. By 1810, the remains of more than six million people had been stashed away out of sight, twenty meters beneath the streets. They were originally arranged in piles, but engineer and artist Louis-Etienne Hericart de Thury decides to rearrange them into decorative patterns, creating the mausoleum as it appears today. It’s well worth a visit, but please stay close to your tour guide – this would be a terrifying place to get lost!

Every city has a district that showcases it at its best. For Paris, that’s Saint-Germain-des-Pres. Since the early years of the 20th century, this quarter of Paris has been known as its creative and artistic heart. It’s here that you’ll find the city’s deepest thinkers, as well as many of the best bars and restaurants. From ornate little bookstores to pop-up art exhibitions, this is a place where you’ll find yourself encountering genuine Parisian culture. Unlike some of the other tourist attractions in Paris, which tend to be surrounded by nobody other than tourists, this is a place that the city’s natives come to hang out. If you want to get a taste of the ‘real’ Paris, this is where you should go to do it. Get some shopping in while you’re there, and perhaps consider supporting a local artist or two.

When you go to Paris, you’ll be in the same city as the greatest art gallery and museum in the world. You’d have to be out of your mind not to visit it, and so we’re going to insist that you do. Most people know the Louvre as the place that hosts the Mona Lisa, but there’s far more to it than just one single world-famous painting, no matter how impressive that painting might be. You could spend a whole day finding out about the history of this magnificent building. Yes, it might have been an art museum since the 1700s, but did you know it was a fortress before it was ever a gallery and that it dates all the way back to the Medieval era? From sculpture to scripture and paintings to porcelain, you’ll never find a greater collection of art under one roof. Give yourself a full day to tour the Louvre – you’ll need it.

We can’t ignore the elephant in the room. The magnificent Eiffel Tower is thought of as the symbol of France all over the world. You can fly over the top of it on “Soarin” at Disney World in Orlando. It’s used to lure people into the reels of online slots websites, with playtech slots like “Prize of Paris” and “Paris Nights.” While those of you who’ve seen it on television, in movies, in theme park attractions, or at online slots websites might feel like you know the Eiffel Tower intimately already, nothing compares to the experience of getting inside it and climbing all the way up to the top. It doesn’t matter how much money you win – this is a feeling that no online slots game in the world could ever give you! We’re sure that your planned trip to Paris involved a stop at the Eiffel Tower already, but we wanted to make sure of it. Sometimes, the most obvious thing to do is also the correct thing to do. Don’t miss out on it – you’ll regret it forever if you do!

The Top 5 Things To Do In Paris was last modified: Novembre 26th, 2020 by Pamela Soluri