Why The Women’s Tuxedo Is Making A Comebac

Fashion, as most of us know, is cyclical. If a garment spends ten years getting shorter and tighter, it will probably spend the following ten years getting longer and baggier. Here in 2020, we’re seeing a comeback for high-waisted jeans and trousers that would have seemed unthinkable a mere five years ago. By contrast, the ultra low-waisted jeans of the early 21st century now appear almost indecent when we look back on old photos of that era. Nothing lasts forever, but everything does eventually come back around. That brings us to the surprising resurrection of the female tuxedo. 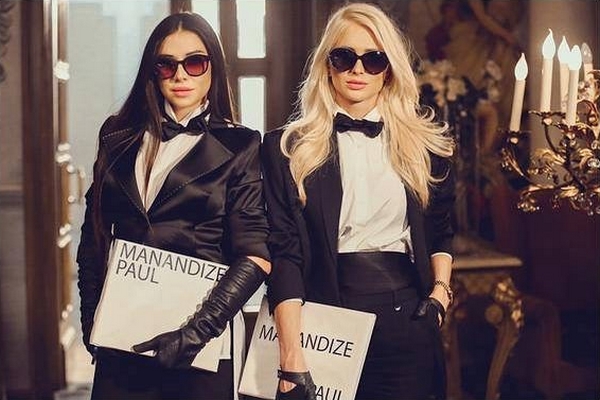 Tuxedos have always famously been male garments. James Bond has one, and so does every man you see sat inside a high-end casino in a movie. You might occasionally have been to a very respectable restaurant or wedding that required such a high level of formal dress from you, and there were probably tuxedos there. That era of formality appeared – until very recently, at least – to be over. There’s less space on the market for casinos with a strict dress code when online slots websites exist. In fact, the internet in general might be responsible for the sudden collapse of formality. It’s not just online slots websites; it’s everything about online life. We’re no longer required to go into the office because we work from home. Our wardrobes have become less formal because or lives have become less formal. We can sit at home and play online slots in our pajamas. Some of us can work from the bathtub if we really want to. Formal wear is not required – and yet it’s finding its way back into fashion anyway.

Paul Smith knows a thing or two about eye-catching design, and he was among the first to pick up on this rising trend. At the very end of 2018, he wrote an opinion column for Harper’s Bazaar, within which he extolled the virtues of tuxedos for women and expressed his hopefulness that they would soon return to the catwalk. In Smith’s eyes, however, the tuxedo no longer stood for formality. Instead, it represented ‘non-conformity’ and ‘irreverence.’ To him, women hadn’t started wearing tuxedos again because they wanted to be seen as powerful, or prudish. They’d started wearing them as a rejection of sparkling princess dresses and societal expectations of what a woman should and shouldn’t wear on a red carpet. This most formal of outfits had somehow become a middle finger directed toward the establishment, and the combat wear of the fashion rebel. To back up his words, later the same month he released a new range of tuxedos for women on his own label. They were hugely popular, and the tuxedo movement had begun.

By the time December 2019 arrived, the rest of the fashion world had caught up and started paying attention. Luxury London predicted that 2020 would be “the Year of the Tuxedo” for women, and they might have been correct in that prediction. Sadly for them and for us, we’ll never know. There hasn’t exactly been a glut of red-carpet ceremonies this year for obvious reasons, and we’ve seen fewer than half the fashion shows that we’d ideally have liked to see. Hopefully, this will result in nothing more than a delay. 2020 might not have been the year of the woman’s tuxedo – because it hasn’t been the year of anything other than the obvious if we’re brutally honest – but there’s no reason why 2021 can’t be so long as things improve in the wider world.

Even in these dark days, we’ve seen a few pioneers step forward to push the idea of women’s tuxedos to the next level. Who can forget Cara Delevigne turning up to a British royal wedding in a top hat and tails, designed by Armani? Then there’s Daisy Knatchbull, who practically gave the British establishment heart attacks when she turned up for the Royal Ascot racing event in a morning suit a couple of years ago – the first woman in history to do so. Phoebe Gormley has founded the first female-only shop in the long history of London’s Saville Row, and tuxedos are a focal point of her range. We don’t know whether to credit her or Paul Smith with the beginnings of this revolution or to award them equal credit, but there’s no doubt that it happened, and it continues to happen. The female tuxedo is now so mainstream that even conservative publications like the Times are printing guides at to where to find them and how to put the look together.

Elsewhere, Charlie Casely-Hayford had a ‘lightbulb’ moment recently when he looked at his customer data and realized that there were more women than men buying clothes from his menswear label. It didn’t take him long to launch his first womenswear range after that, but really he changed virtually nothing between one range and the other. His women’s tuxedos differ from his men’s only because they have wider legs. Aside from that, the garments are identical. Gabriela Heart’s first London store opened recently in Mayfair, and the first customer to walk through the door was a woman interested in buying a tuxedo. This change in habits has happened almost silently, and yet suddenly, somehow, it’s everywhere.

So, now we’ve established that the comeback of the women’s tuxedo is very much a real thing, the next question is one of what all of this means to you. Many of our female readers will never have worn a tuxedo before. We suspect that in many cases, the idea will never even have crossed your minds! Stepping into a tuxedo involves stepping out of our comfort zones at the same time, but it’s good to challenge ourselves and our sense of fashion occasionally. Most of us could do with an excuse to swap out our formal wardrobe; after all, there will probably be a lot of delayed weddings and other social occasions to attend in 2021 when the current situation finally disappears. Why not turn heads by turning up in a tuxedo? Don’t feel like you have to go for the black and white penguin look; pastel shades are in, too! In the world of fashion, the tuxedo is no longer just for men. It’s for everybody

Why The Women’s Tuxedo Is Making A Comebac was last modified: Settembre 28th, 2020 by Pamela Soluri